DISTANCE FROM HORIZON is an exhibition by Sümer Sayın and Miriam Hamann on the theme ‘migration’ and ‘forms of movement’.

According to the UN refugee agency, around 60 million people are currently on the run. The dimension of the refugee movement poses many challenges for Europe and the issue of migration is being addressed at all levels. Referring to the term human migration – defined as “the movement of large numbers of people from one place to another”, the artists explore the idea of moving to the unknown with the guidance of ambiguous targets, in pursuit of better probabilities. They suggest new options about movement, but at the same time reveal the limitations that action may bring, once these options are put into practice. The artists propose a set-up that reveals new layers of perception, playing with objects and light, re-formulating their components. Being inspired by sea-navigation and affected by the mentioned migration issues, they wish to create an experience beyond time and space, dealing with the feeling of being lost in directions and thoughts. 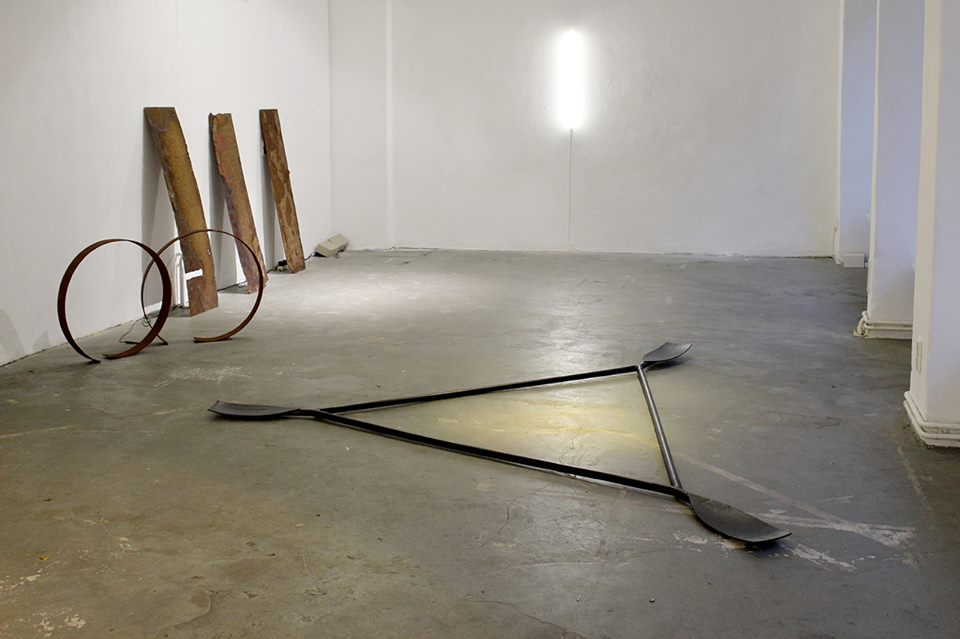 Nowadays that Europe is shaking with refugee crisis, the simple idea to survive has replaced all the reasons of moving to a new land, following an ambiguous track, without knowing what is to be expected, with the support of hope and following the guidance of the sea…
But where do the borders of freedom and human rights start and end? Could it be measured by sea miles? The artists suggest works that could raise these questions, investigating the issue from a perspective that lets the audience experience the ambiguity of perception and the feeling of being lost. They show sculptural work, that suggests new layers of perception, and use materials, which incorporate immaterial elements such as light and sound, transforming and re-contextualizing them.