The prevalent comprehension of (architectural) space tends to focus on (singular) event(s) staged in a certain space. The city, the square, the street, the house, the room of sorts are perceived as spaces where personal, public, and societal relations, such as political struggle, conflict, disagreement, and leisure take place. This kind of comprehension externalizes the relational and the spatial from each other, thus detaches the architectural space from the relations that produce it, or the relations that it produces*. In fact, each such relation produce their (architectural) spatiality, and the architectural space defines the characteristics of these relations. For instance, both the sovereign and the resistance are established and experienced, and transform in a certain space, in accordance with the characteristics of the space**. 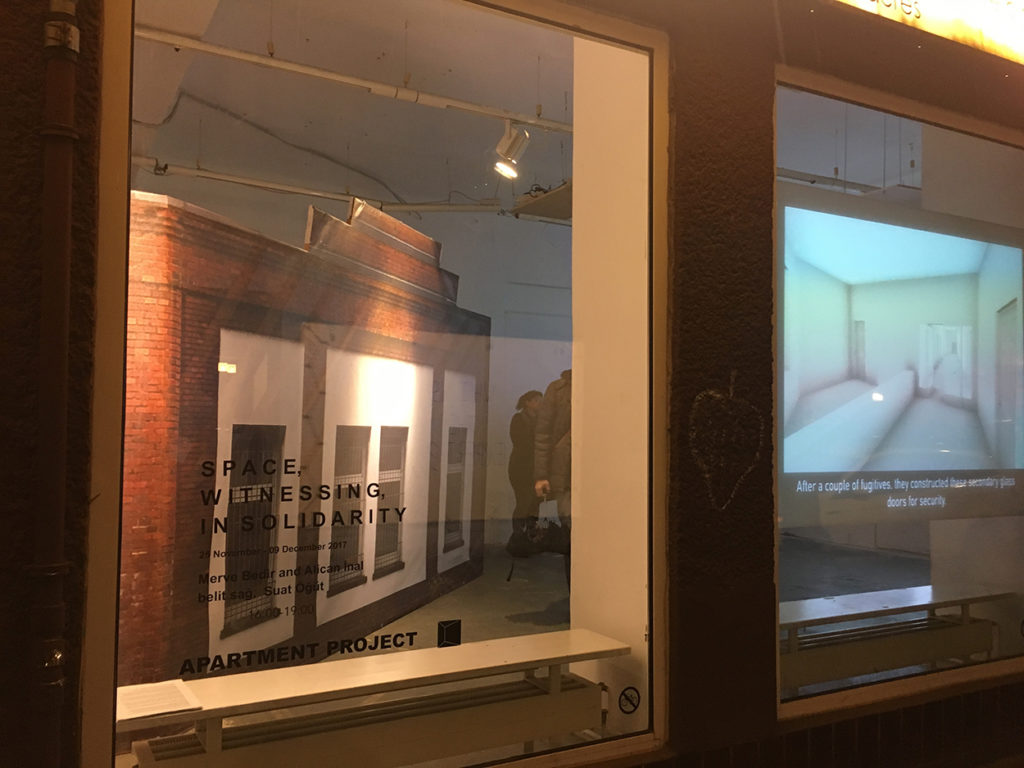 We depart from the idea that architectural space is the founding base of the personal, public, and societal relations, and thus we focus on the assemblage of the architectural design strategies, its imaginations and images that establish these relations, in order to understand the underlying legal, political and social infrastructure that produce the spaces we analyze.

Guesthouse (2014) documents and analyses a detention centre in Istanbul, a building classified as 2nd degree monument, located next to the Armenian Patriarchate, and formerly used as a court house in a popular / highly touristic neighborhood in the historical peninsula of the city. The analysis is made by collecting the publicly available documents, such as human rights reports, newspaper articles, academic papers, and translates the experiences of the people (from lawyers to detainees), who have been inside the building at different times, into a building simulation model. The model reveals the legal and human rights issues embedded in the design of the building, where detainees are seen as hostages, and made invisible. The building is a machine for intimidation.

Solidarity of The Memory is an installation that represents the building, that is situated on the cross section between Keupstrasse and Schanzenstraze in Cologne. The facade, which has so far been protected as the cultural heritage and the collective memory of the neighborhood, is now being confronted by forthcoming gentrification plans for the area. The work focusses on the notions of memory, space, testimony, and disappearance within a historical framework. The installation takes shape of the facade of this building by using the restoration method for historical buildings, and manifests the resistance of the past. In that context, the facade is transformed into a monument and this transformation creates a space to remember the people who have lost their lives in the attacks such as arsons in 1992 and 1993 as well as NSU murders.

* Fırat Genç, Dialectics of Destruction and Revitalisation in Suriçi, 2016