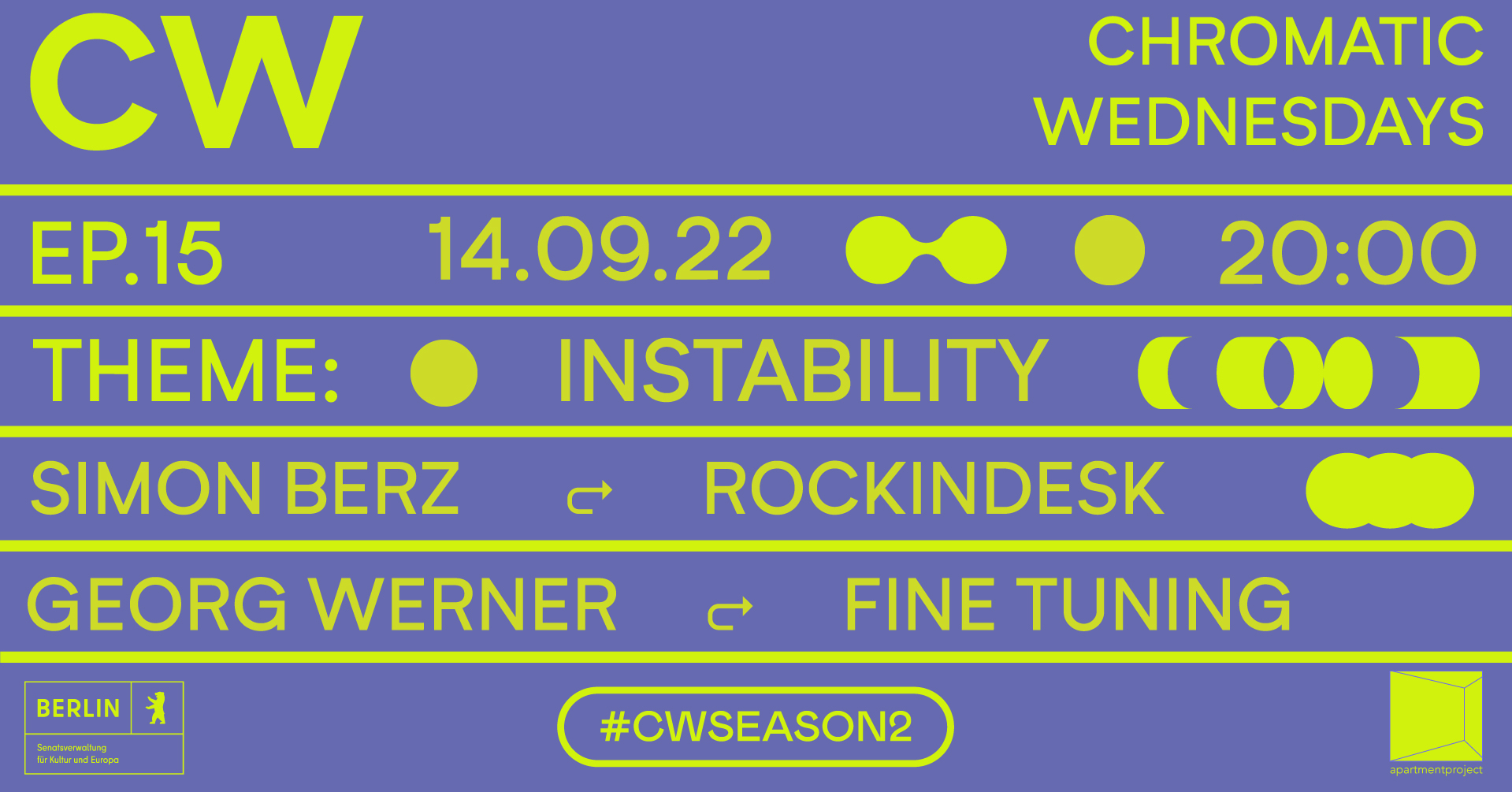 When we are drowning in instability, creativity can be the saving anchor, as Simon Berz, the guest of the upcoming «Chromatic Wednesdays» edition, states. In his project Rockingdesk, he improvises over musical notations, making them vibrate and translating them into images that accompany the sound. By amplifying the material he finds in notations and developing flaws, he expresses impermanence in his performances. In the performance of the second guest, Georg Werner, instability results from the unpredictability of the radio programs that he uses in his experimental music. He plays a self-built instrument, which controls three radios via a step sequencer, recombining what can be heard on this medium. Following solo performances by Simon and George, they will bring together their approaches to making instability audible in a collaborative performance.

Inspired by the sound of his pencils tapping on the desk lamp in his childhood, Simon Berz built himself a sound lab for his performances and D.I.Y. electronics out of a school desk and guitar amplifiers. During his master’s studies in Transdisciplinarity at the Zurich University of the Arts, his preoccupation with the notation of improvised music opened up ways for him to build bridges between visual art, dance and film. The sound artist develops musical instruments, sound art installations, paintings, objects, and performances, often inviting audiences to participate in his performances to encourage encounters with one another. Berz conducts material and sound research, inventing new sounds and rhythms by exploring the resonance of objects and the human body.

Georg Werner studied Applied Cultural Studies at Universität Hildesheim (diploma), Experimental Media Design at Berlin University of the Arts and Sound Art in a master class with Ulrich Eller at the Braunschweig University of Art. He frequently collaborates with international artists and collectives in the field of art and technology. In workshops, lectures and seminars he shares his acquired knowledge and thus expands his multi-layered artistic approach. Influenced by objects and situations he changes, he invites his audience to explore their surroundings and sharpen their perception.

The performances by Simon Berz and Georg Werner are presented as part of «Chromatic Wednesdays», a bi-weekly event series that aims to bring together creative thinkers from diverse backgrounds. The performances start at 20.00 at Apartment Project (Hertzbergstraße 13, 12055 Berlin, doors open at 19.30) and can also be followed online on Youtube (https://youtu.be/j6fw2t6zWsU).