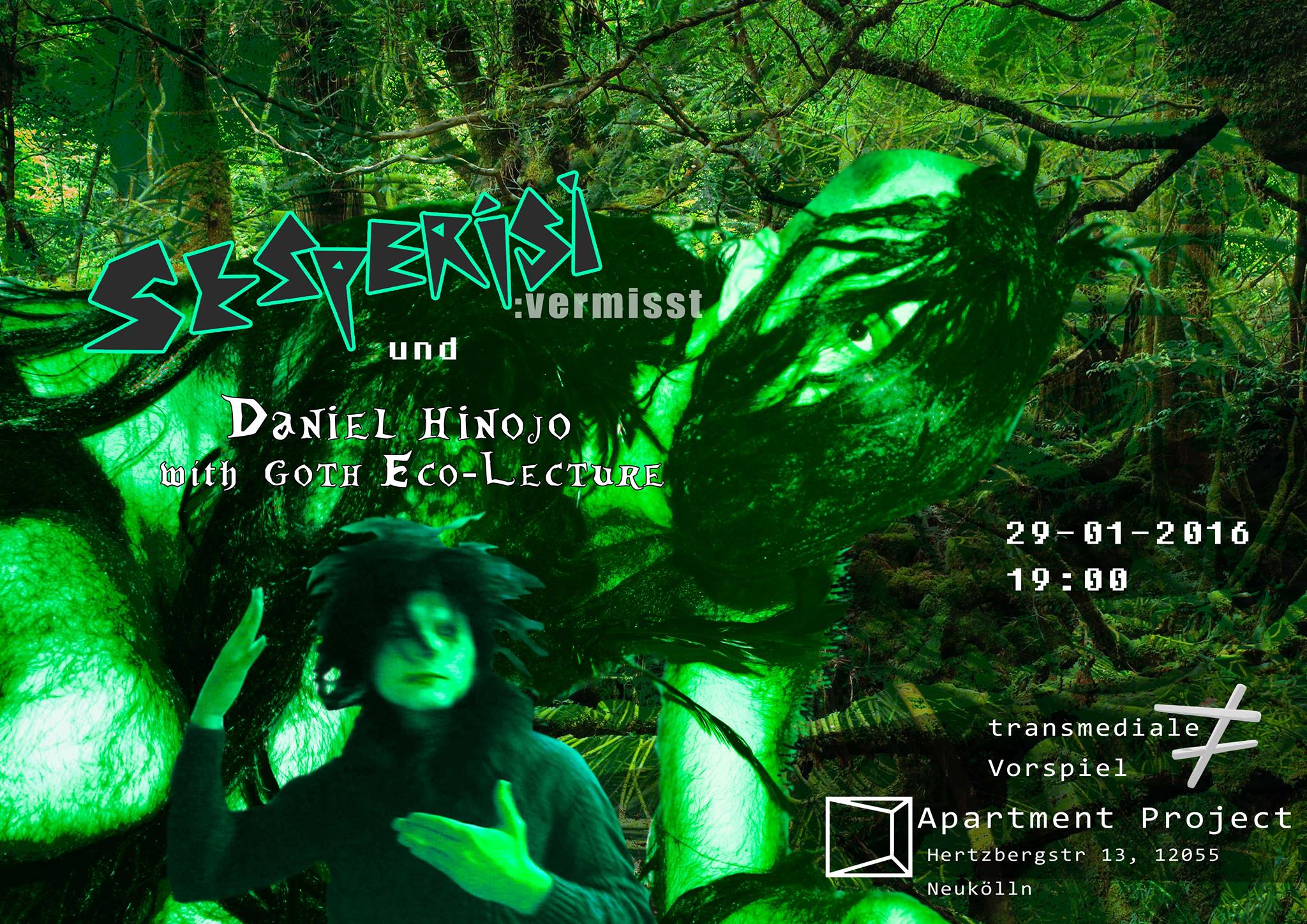 As a part of the Transmediale-CTM Vorspiel Festival program, Apartment Project is hosting sesperisi and Daniel Hinojo.

“sesperisi” (by Özgür Erkök Moroder) will perform it’s new electro post-punk songs using a “wild-green” costume, which alludes to the mythical wildman and green man figures in the context of post-apocalyptic stage decoration.

The “wild-green” brings two mythical figures together that have roots in ancient and medieval art and literature: the Wildman and the Green man. The Wildman represents wildness and anarchy as he runs or is ejected from society, after which he exists on the edges of the civilization. The Green Man, a vegetation deity, is primarily interpreted as a symbol of rebirth, representing the cycle of growth each spring. Many forms of Neopaganism consider the Green Man to represent personal transformation in meditations or rituals.

sesperisi and Hinojo together invite you to experience an artificial and extravagant nature atmosphere.