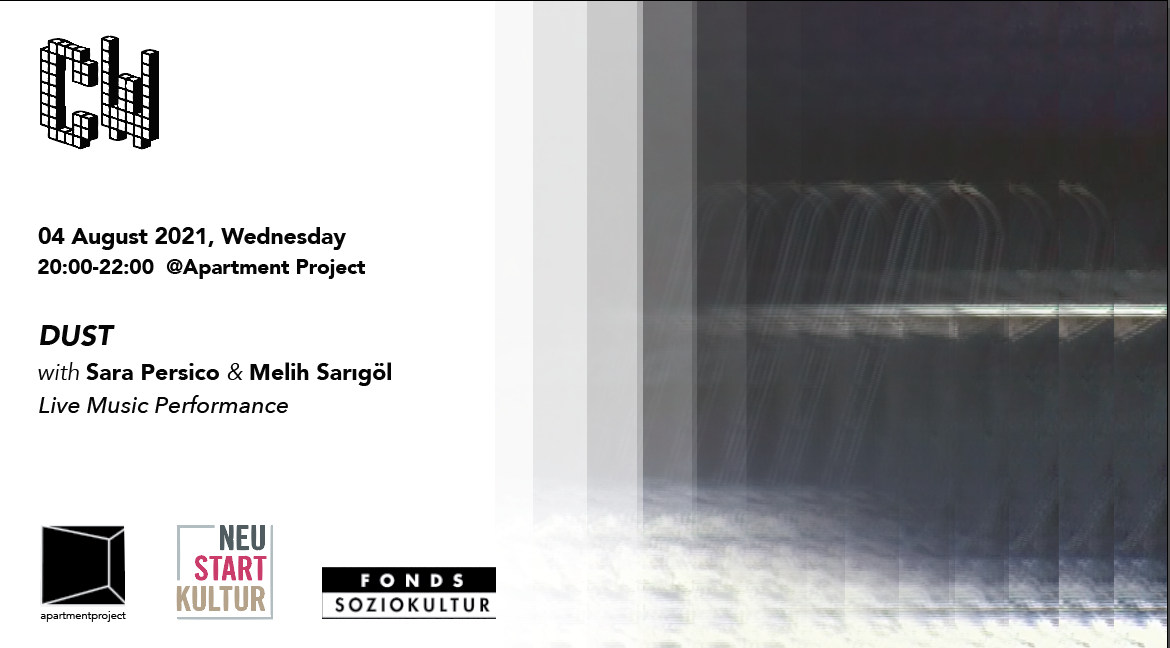 For the first episode of “Chromatic Wednesdays” theme “Survival”, we have an experimental electronic improvisation duo in our studio. Sara Persico and Melih Sarigöl debuted their project after a “blind- date” on stage in August 2018 at Multiversal in Berlin.

The concept of the duo developed creating dense compositions based on the interaction of the voice, sampler, electronics with the modular synthesizer system. Natural reciprocal playful interaction based on improvisation within acoustic and electronic sounds is at the core of the duo’s sets.

Their first album was released in October 2020 via Base Materialism (UK).  https://basematerialism.bandcamp.com/album/ruh

Sara Persico (Napoli, Italy – 1993) is a performer and sound artist based in Berlin. She channels her energy in the research of the voice and sound, diving into multiple instruments possibilities and radical improvisation practices through electronics. Her interest and research include a strong visual approach in her poetic and impulsive performances.
sarapersico.com

Melih Sarıgöl (1980, Istanbul; in Berlin since 2017) is an audiovisual artist and electronic music improviser. He is currently working as an independent sound designer for various documentary, film, and video productions. As a musician, he creates his sound palette with a modular synthesizer system using electronic signals, field recordings, and D.I.Y. instruments.
www.mlhsrgl.com