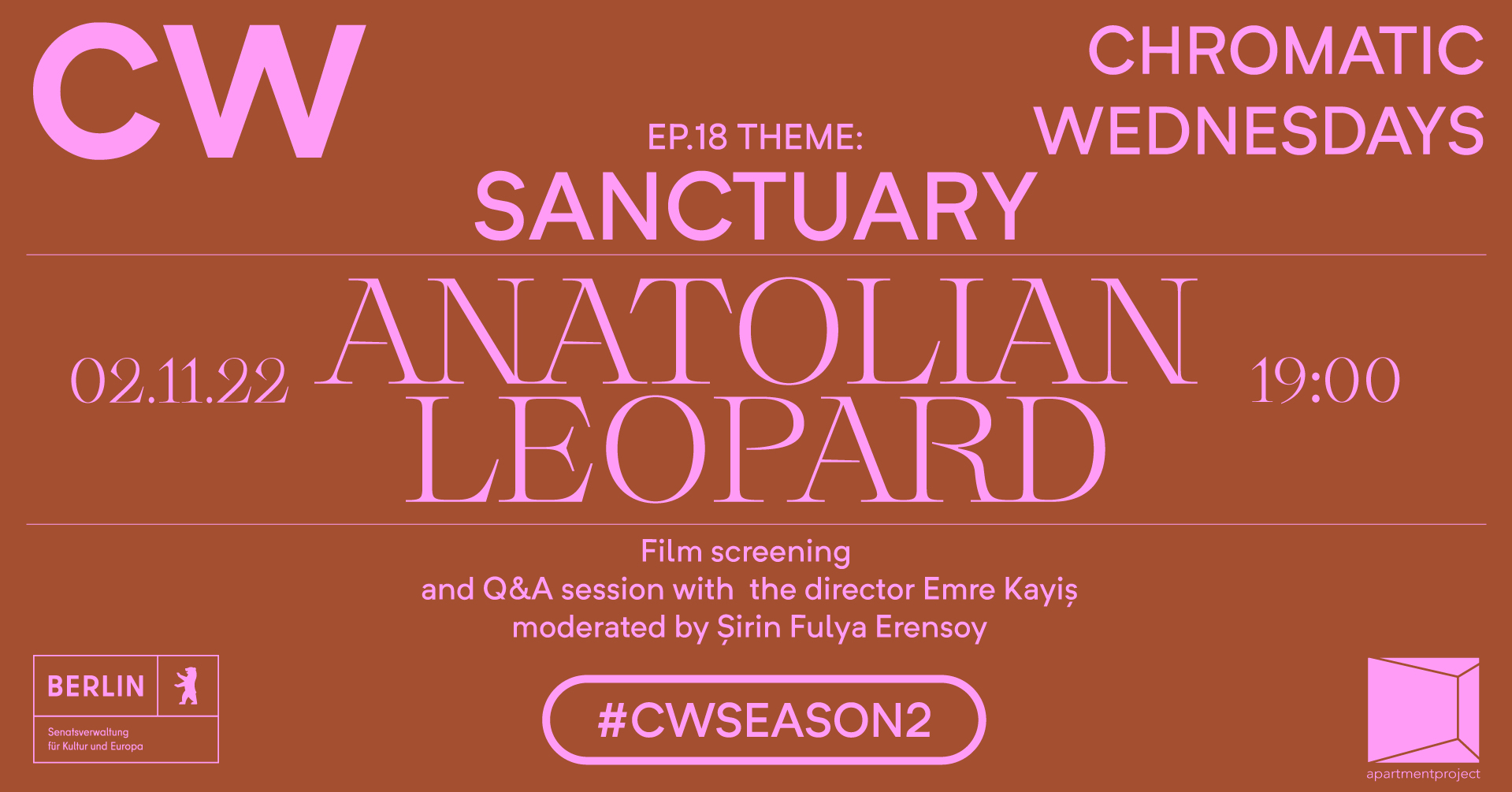 19.00 Film screening of «Anatolian Leopard» by Emre Kayış (113 min, 2021), followed by a Q&A session with the director, moderated by Şirin Fulya Erensoy

With the goal of preserving the place they have built their lives on, two characters try to find a sanctuary for an endangered animal in Emre Kayış’ film «Anatolian Leopard». At Turkey’s oldest zoo, a lonely manager and a neglected female officer form an unlikely bond: as they hide the death of the zoo’s oldest inhabitant, an Anatolian leopard, in order to stop the privatization process and fake its escape, they set in motion an absurd charade that spins out of control. In Turkey’s grey and quiet capital, the ghost of the leopard persists.

Emre Kayış (b. 1984, Ankara) has been dedicated to storytelling and visual arts since childhood. After graduating with a bachelor’s degree in law and a one-year experience as a legal intern, he quit his job to pursue his master’s degree in Filmmaking Department at the London Film School in 2012. After directing two narrative shorts and practicing photography, he graduated in 2014 with his film «The Translator». It has screened at more than 200 film festivals worldwide, including the Sarajevo Film Festival, the Festival Premiers Plans d’Angers, the Palm Springs International Film Festival and the Montreal Independent Film Festival, winning 16 awards and being nominated in the Best Short Film category of the 28th European Film Awards. Kayış is an alumnus of Sarajevo Talents and a member of the European Film Academy.

Şirin Fulya Erensoy is a Marie Skłodowska-Curie Post-doctoral Fellow at the Film University Babelsberg. Her academic work concentrates on video activism, film censorship, and gender in genre cinema. She was the host of independent media outlet Medyascope TV’s English news bulletin «This Week in Turkey» (2019-2021) and has worked as a lecturer in film and television at various institutions in Turkey. She also has practical professional experience in documentary film production.

The film by Emre Kayış is presented as part of «Chromatic Wednesdays», a bi-weekly event series that aims to bring together creative thinkers from diverse backgrounds. The projection starts at 19.00 at Apartment Project (Hertzbergstraße 13, 12055 Berlin, doors open at 18.30) and can also be followed online on Youtube (https://youtu.be/FZ5khY455oA).