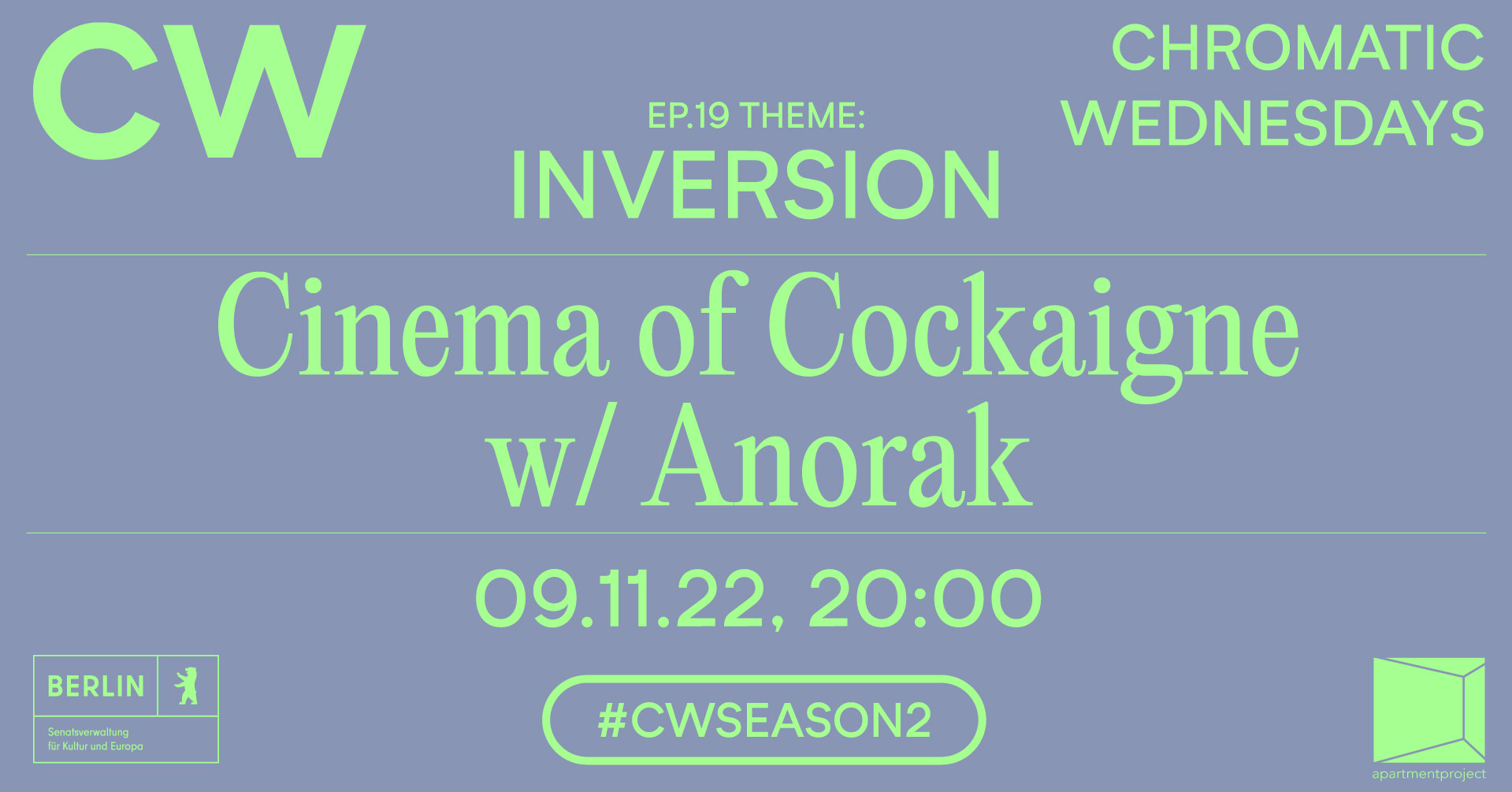 20.00 Presentation of films and sound, curated by anorak, followed by a conversation with the curators

In «Chromatic Wednesdays’» event on «Inversion» the curatorial collective anorak invites the public to its first edition of the «Cinema of Cockaigne», for which it has selected films and sound by Rosa Aiello, Jamie Crewe, John Smith, and others.

On the one hand, the fantasy of plenty, expressed in the medieval myth of «The Land of Cockaigne» serves as a departure for exploring the subversive potential of abundance, affliction and aspiration in selected artists’ moving image works. Rooted in the mundane and reveling in the grotesque masquerade of unfulfilled desire, the «Cinema of Cockaigne» is a shameless site for excessive imagination. On the other, Cockaigne as an imaginary place of fullness, here becomes a projection that – by means of inversion – reflects back on the shortcomings of personal, social, political transformation.

anorak is a Berlin-based curatorial collective and an independent art space run by Lukas Ludwig and Johanna Markert. Founded in 2013 and organized as a non-profit association for contemporary art, anorak is dedicated to creating spaces for sincere and mutual exchange, enabling artists to produce, present and critically discuss their work.Since 2015, anorak’s experimental artistic program has been characterized by long-term collaborations with local and international artists and cultural institutions, fostering the joint development of presentation formats such as screenings, exhibitions, performances, dinners, workshops, and publications.

The «Cinema of Cockaigne» is presented as part of «Chromatic Wednesdays», a bi-weekly event series that aims to bring together creative thinkers from diverse backgrounds. The presentations start at 20.00 at Apartment Project, followed by a conversation with the curators (Hertzbergstraße 13, 12055 Berlin, doors open at 19.30) and can also be followed online on Youtube (https://youtu.be/fVLmxsfwCs8).