“A Novel” – Artists in Residence at Apartment Project Berlin 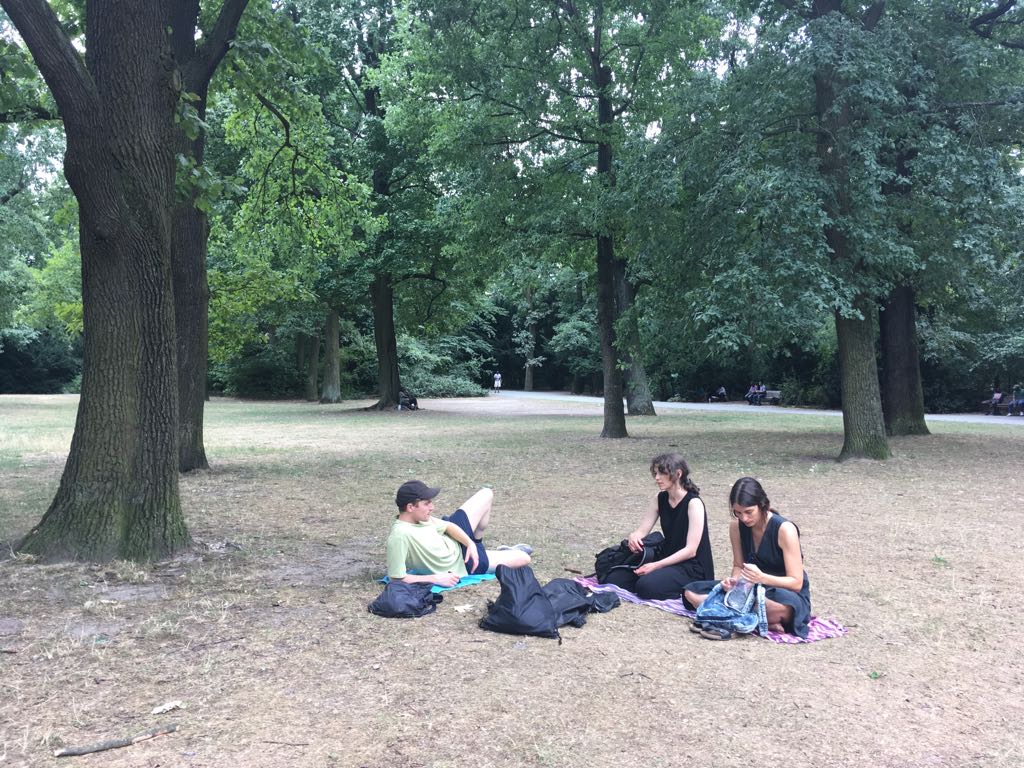 “A Novel” – Artists in Residence at Apartment Project Berlin

To write a novel is seen as a monumental undertaking to accomplish in one’s lifetime. None of us has written a novel before and to take on this task together, forming a temporary writing society means something new to all of us. Believing in realizing a novel in a timeframe of one month introduces already a form of possible failure. Embracing this defeat we will work ’til the end.

Vika Adutova’s artistic practice is rooted in the
research of language and perception. Vika uses
video, sound, drawing, and sculpture, working
primarily with the subject of the affect of time
on human and non-human life, and language
as the tool of description. Born in Tashkent
and previously based in New York, Adutova is
currently living and studying in Oslo, and is an
MFA candidate from the Oslo National Academy
of the Arts due to graduate in 2018.

Maria Gordana Belić received her BA in Fine
Arts from Oslo National Academy of the Arts,
Norway and her MA degree in Fine Arts from
Valand Academy of Gothenburg, Sweden.
Her practice uses inter-biographical stories,
meetings or events which become magnetic
mantras, where companions, nervous technique
or collaborations modify the narrative. Things
are repeated, looped and multiplied through
various formats.

Eva Funk is an Austrian artist and writer based in
Berlin. She was educated at the Berlin University
of the Arts and The Royal Danish Academy of Fine
Arts. Her recent practice makes use of repetitive
motifs across different contexts, building up
large scale installations with performative
interventions in the investigation of relationships
between objects, language and spirit often in
relation to notions of failure. Funk works with
physical bodies (of people and objects), as
well as writing. She has self-published artist writings
under rotato press, and is interested in the book as an
alternative to the exhibition.

Araiz Mesanza is an artist and illustrator whose
work is mainly developed through drawings.
She holds an MFA in Fine Art from the Basque
University (Bilbao, Spain) and specialized in
illustration at Escola Massana (Barcelona, Spain).
Mesanza has worked as a freelance illustrator
since 2009 and in 2011 she co-founded Ediciones
Armadillo, an artist collective and publishing
outlet releasing an annual collaborative
illustration fanzine and other projects. Having
relocated to Oslo in autumn of 2016, she
continues her work as a freelance illustrator, as
well as developing her own practice focused on
producing introspective landscapes, exploring
her relationship with her new surroundings.

Daniela Müller studied Media Arts at the Zurich
University of the Arts and Fine Arts at the Academy
of the Arts in Oslo, Norway, completing her MA
in Fine Arts at the Zurich University of the Arts
in 2013. From 2012-15 she curated the ad-hoc
gallery «One Night Only Zurich». Müller’s practice
employs acts of appropriation to examine the
purposeful conditions of language. She copies,
loops and recontextualises mundane material,
such as commercial signs, leaked pictures, spam
mails and prophecies, leading to moving images,
installations and collaborations.

Gabrielle Paré (b.1989) is a Canadian-born
artist, living and working in Oslo, Norway.
Paré completed her BFA at the University of
Alberta (Canada) in 2011, and her MFA at the
Kunsthøgskolen i Oslo in 2017. Her practice is
wide-ranging: from paper-based works to audio-
visual installations to creative writing. At the
core of all works, however, is the performative
expression; a dependence on her body to write
old and new myths about identity, lineage and
belonging. The borders of identity are challenged
with the uncanny, the uncomfortable and the
hybrid body.

Per Westerlund cultivates relationships that arise
from spontaneous incidents or social situations
such as earsdropped conversations or video
game tournaments. The projects are channeled
through performance, installations or publications
and are site specific. He has shown work at The
Institute of Nomadic Alchemy and Sexy Bydel
performance festival in Oslo. Graduated from
the Norwegian National Academy of Art in 2013
he is currently based in Oslo.