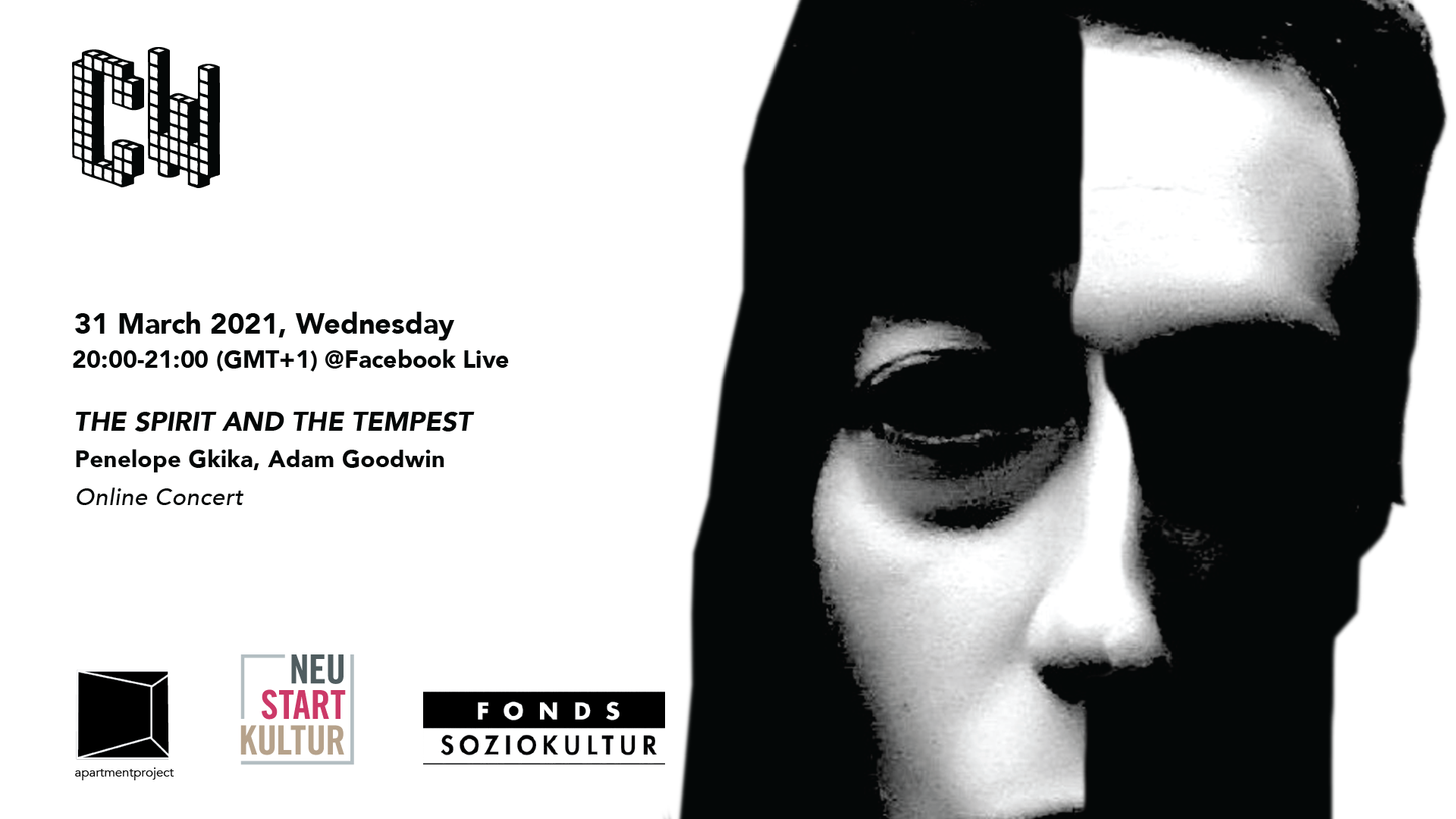 On the third episode of Chromatic Wednesday’s “Sustainability” month, we will be leaving the floor to violinist/violist Penelope Gkika and double bassist Adam Goodwin who reinterpret sacred music practices from various cultures around the world.

The duo derives its musical material from traditions such as Sufism, Taoism, Orthodox Christianity, Hinduism, Buddhism, and Native American belief systems. These songs, hymns, and chants are then performed on violin, viola, double bass, and voice in combination with electronic effects and elements of free improvisation, giving new life to these ancient traditions while respecting the history and belief systems of these varied approaches to mystical union with the “divine”

Join the online concert which will be streamed live from Apartment Project’s studio in Neukölln for a sublime musical experience.

Penelope Gkika is a Greek violinist living in Berlin. She studied classical violin and in more recent years her musical activities have expanded to include a wide range of genres and aesthetic approaches, including traditional Greek and Middle Eastern modal music, as well as contemporary compositions, free improvisation, and performance. Among her recent projects are Arcangel, Reverse Mode, Nawa Ensemble, and Farmagia. She is also active as a composer, writing music for theatrical plays and instrumental performances

Adam Goodwin is a composer, double bassist, and visual artist based between Berlin, Germany, and the United States of America. He is active as an interpreter of contemporary and classical music as well as organizing his own creative projects throughout Europe, Asia, and the Americas. His work frequently explores elements of physicality and mental state during the performance and listening, as well as addressing socio-political and environmental issues.