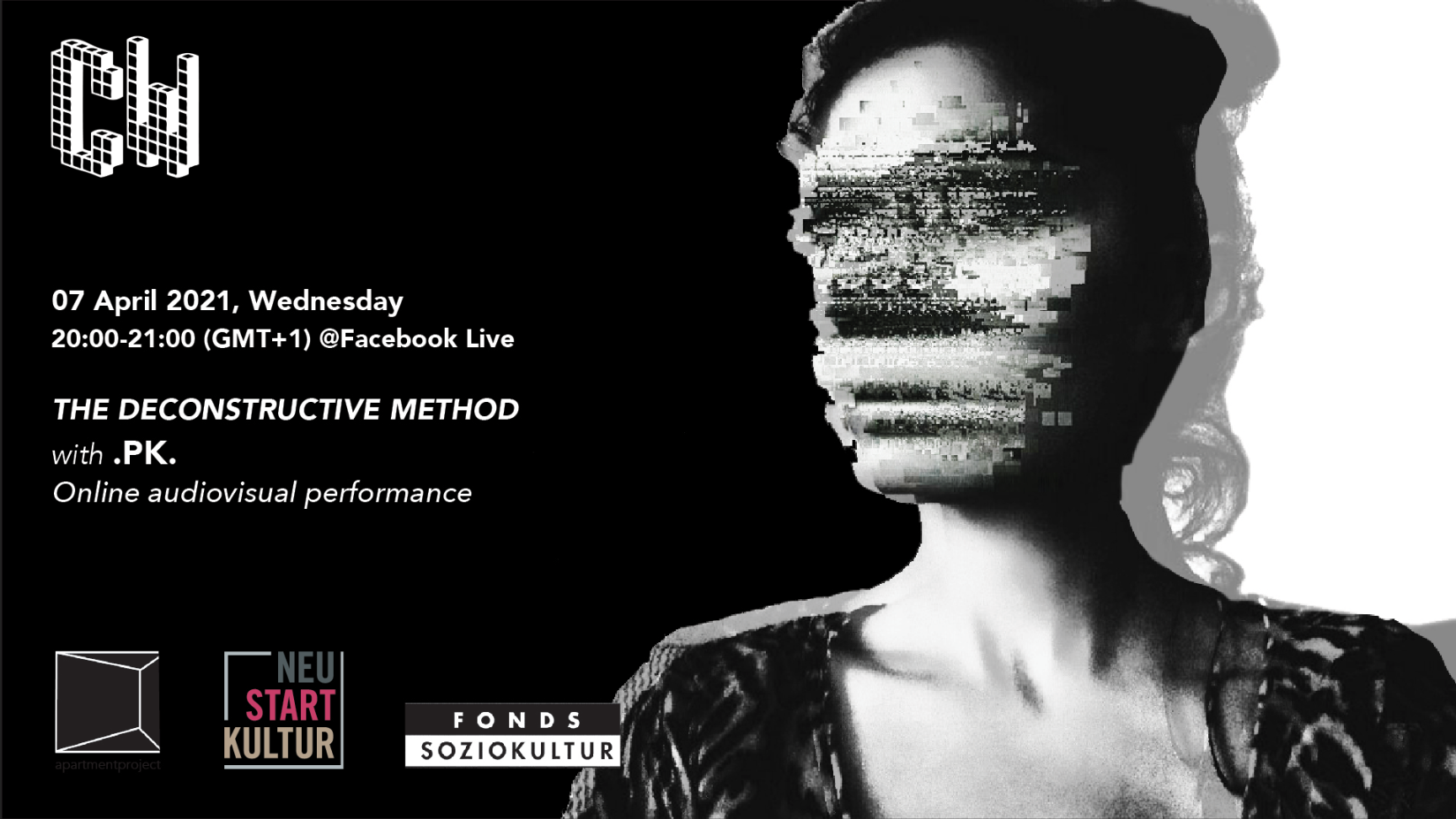 This month, Chromatic Wednesdays is exploring the changing urban scenery in the city of Berlin. Acknowledging the gravity of ‘Gentrification’ in our city, Apartment Project seeks to shine light upon the unstoppable transformation of our neighborhoods and look into the overlapping consequences of this ‘botched facelift’.

For the first iteration of this month, we will host .PK. in our cellar. .PK. is going to present an exploratory aural satori whose aim is to present a story obsessed with incompatible sounds. Her fast industrial beats will be accompanied by video projections by Chromatic Wednesdays crew to form a sharp and deconstructed narrative about the livelihoods of our city and its inhabitants. With the combination of audio and video, the performance will underline the unsustainability of the ongoing expansion plans and the precarity of our communities.

İpek Odabaşı is a DJ, event organizer, curator, and visual artist based in Berlin. She has since become an important role in the establishment and activities of art collective A.I.D, which came together with the aim to release from defined musical criteria. She is also one of the co-editors of A.I.Dzine, which is published at irregular intervals. In 2016, after making shows on Istanbul-based internet radios Radio Zula and Radiofil, her monthly radio shows started to take place on Colaboradio, one of the 8 groups using the 88.4FM frequency in Berlin. As a DJ, she has participated in various events in different cities and countries since 2012. She plays fast-paced and industrial-based styles such as speedcore in various venues and organizations under the name of .PK., besides her side project P-KWA that aims to express the trippy and dark side of techno. Nowadays, she works in the field of music management and curation within the Berlin-based independent streaming platform Capsule Berlin.
https://soundcloud.com/ipekodabasi
https://soundcloud.com/pkwasound
https://artisdead.in/
https://capsuleberlin.com/