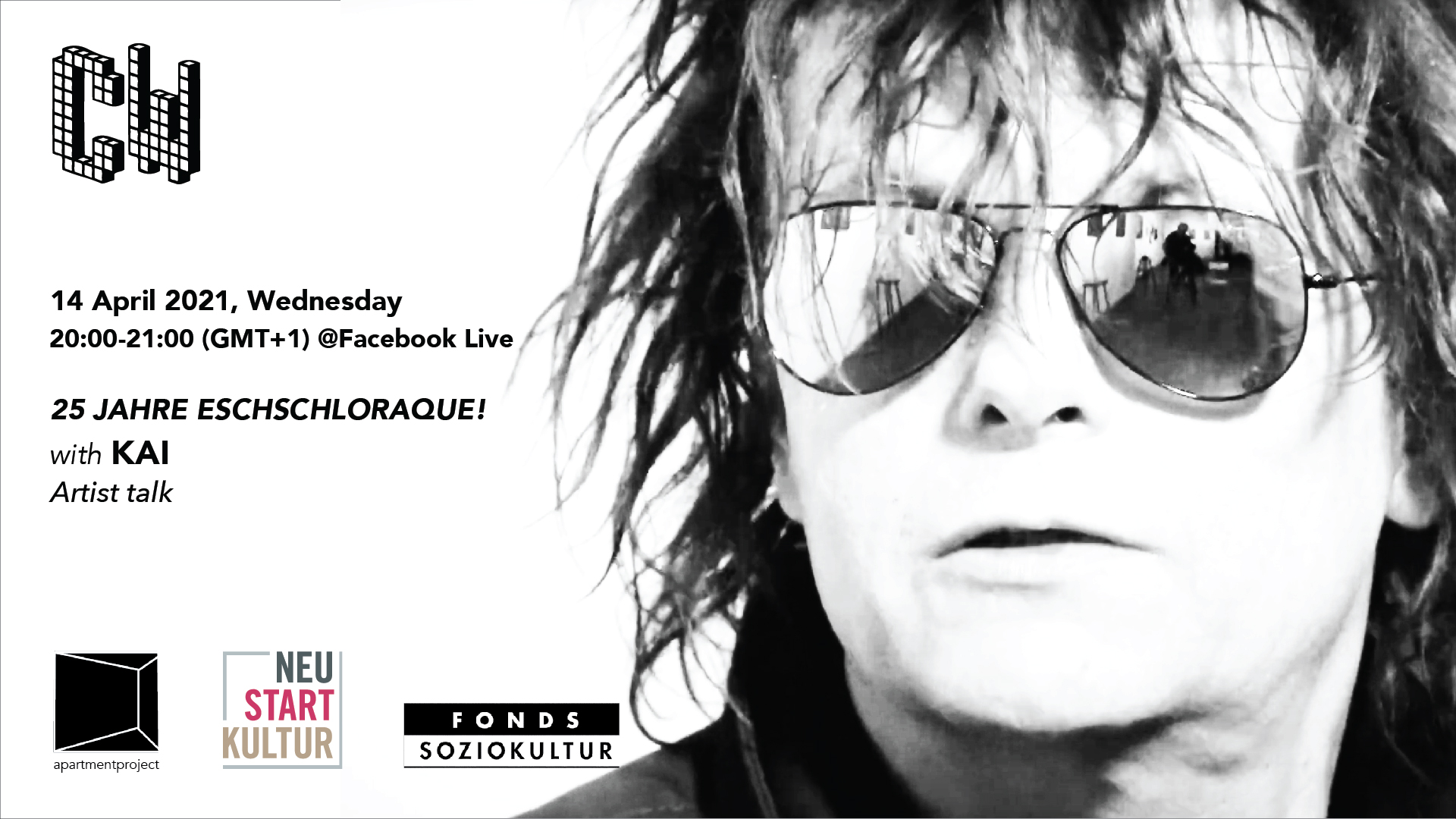 In spite of the pandemic, Chromatic Wednesdays continue to investigate Berlin’s changing visage. Apartment Project’s aim to give voice to the figures who have been resisting the gentrification projects in Berlin, results in another episode where we welcome Berlin-based artist KAI at our studio to talk about a special case: Eschschloraque!

Eschschloraque is an alternative platform to seize the day. Looking back to its 25 years of legendary history, one can confidently call it one of the most exquisite venues for unbounded social interaction in the city, offering an extraordinary program with live concerts, performances, DJ sets, and parties. A diverse audience comes together at Eschschloraque, those keen to discover. However, located at Haus Schwarzenberg -which is in the fully commercialized neighborhood of Mitte- standing still, independent, and determined is becoming more and more of a challenge.

At our studio in Neukölln, we will listen to the past, present, and future of Eschschloraque from its co-owner KAI, and discuss ways to support the livelihood of the unique ecosystem of Berlin’s club culture under economic pressure.

KAI, a name that has become a household name in the Berlin art and cultural scene and a trademark of an individual art movement. The multimedia artist who has been working in Berlin since 1983 focuses his work on the production of kinetic metal sculptures, space and stage installations and archaic guitar sounds in connection with elaborate stage shows.* KAI is the founding member of Dead Chickens art collective (1986), Dead Chickens Warehouse (1990), Haus Schwarzenberg e.V (1995), Eschschloraque Rümpschrümp (1995), Monsterkabinett / Museum Dead Chickens Berlin (2010) and WERK.STATT.44 (2011).

http://werkstatt44.net/ws44/kai
*Text by Cornelius Perino for the exhibition of KAI titled “Out Of Frame”.