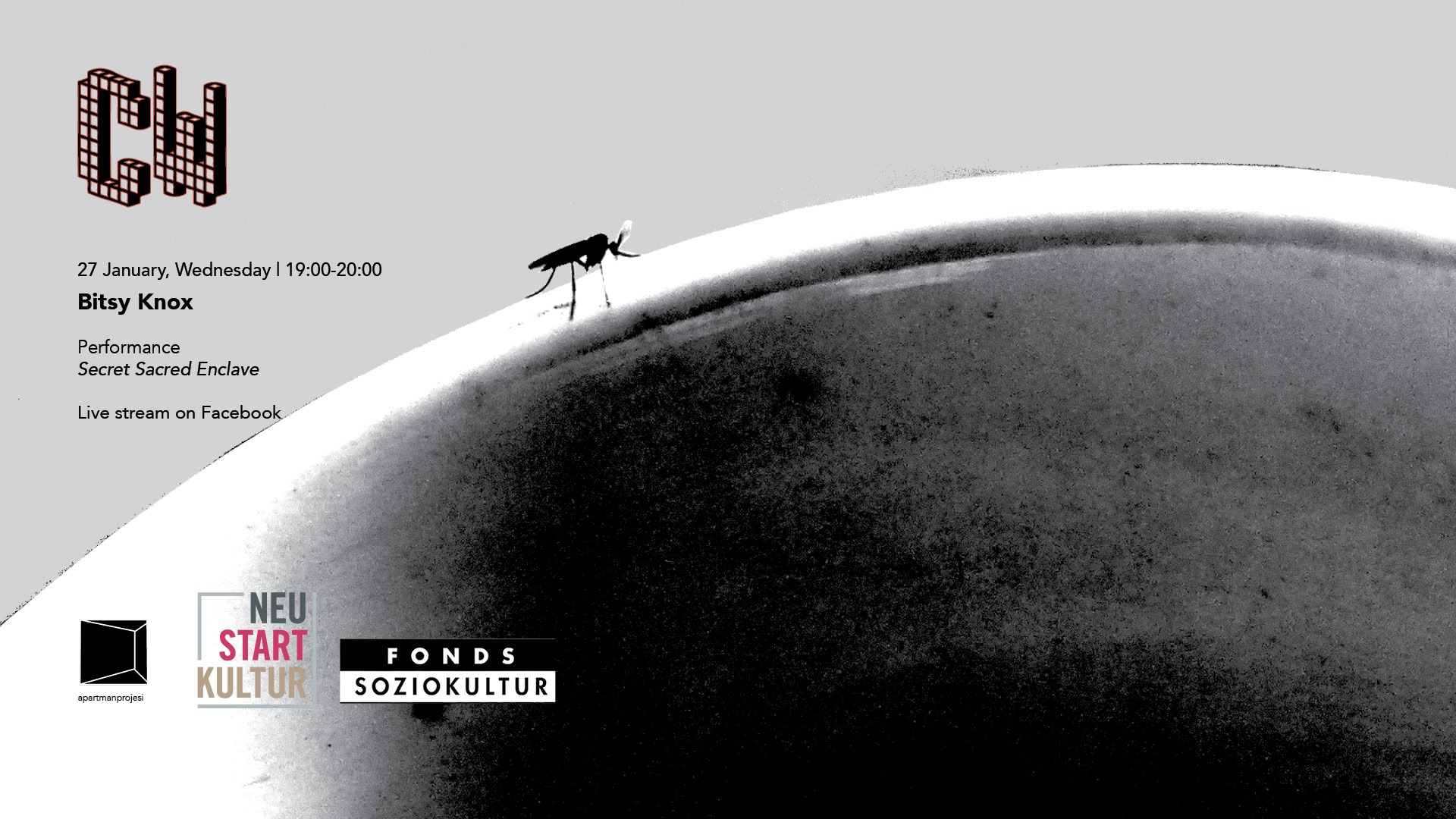 For the last episode of Chromatic Wednesday’s January programme, we are delighted to host artist and poet Bitsy Knox at Apartment Project with a spatio-temporal reading performance. Bitsy and her alternating voice will explore recent prose, looping, distorting and echoing through our project space for an introspective investigation. Inspired by former protagonists who now can be referred to as mere passers-by, the performance is the artist’s search of corporealising the text by using her constitution as a vessel — the irregular reverberations will guide the script to come through her body, flowing and colliding within the rigid space. Read time after time, each sonic manifestation of the text will take on a different character, exploring the way in which meaning leaks from each new voice. Self-actualising for a certain duration, the undulant piece will recede into the distance, chasing the fluttering and buzzing sounds nearby.

>< Chromatic Wednesdays is a culmination of our recent collective consciousness — the pandemic has disrupted our ability, creativity, and production. How do we as artists and intellectuals develop alternative forms of thinking and articulate this unclear existential situation? How can we get out of this limbo? How can we expel it? Addressing these questions, Apartment Project developed a program titled Chromatic Wednesdays, which consists of 33 individual events, that will take place within eleven months starting from December 2, 2020. Each month will revolve around specific themes on current issues such as; immigration, pandemic, ecology, sustainability, gentrification, gender, survival, boundaries, geography, freedom of speech, and future. On three Wednesdays per month, artists, musicians, performers, scholars, scientists, and cultural practitioners will be invited to collaborate and share their research, practices, and experiences. The space will host a variety of events such as; concerts, performances, workshops, film screenings, lectures, exhibitions, readings, panel discussions, and dinner gatherings. ><