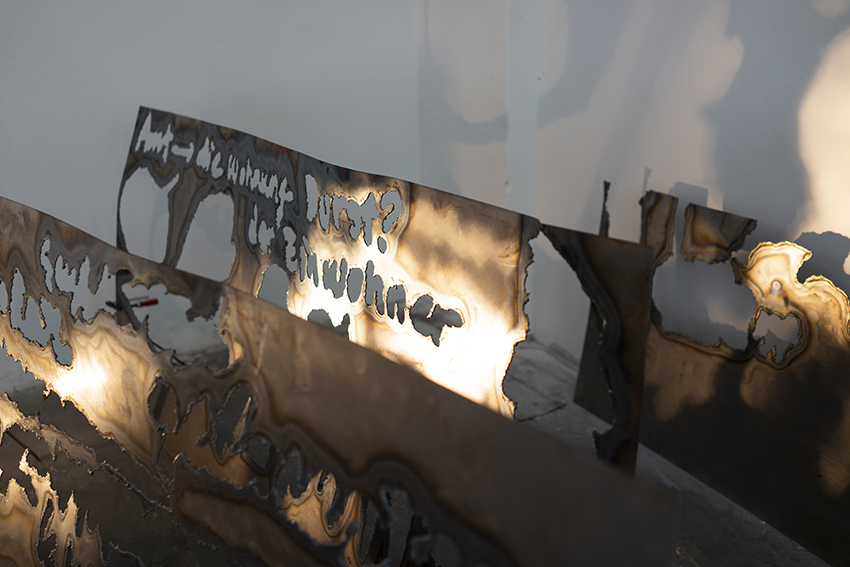 It seems like we are supposed to be living in the here and now, but situations can suddenly change. The here becomes impossible, and the now becomes a transitory state between past and future. Often these abrupt changes are triggered by uncontrollable external events. Life plans get shaken up and social connections become scattered. There becomes the new here, and having to deal with the discomfort of being thrown into new situations becomes unavoidable. New sets of implications emerge with new rules and requirements. And then, on fragile foundations, with unforeseeable futures, we start again. There is no other option. Due to the past few years of turmoil in Turkey, an increasing number of intellectuals, artists, and cultural workers have been leaving their homeland to head for Berlin.

Working in a new environment, with unfamiliar cultural and social conditions, has a deep effect on their work. In this dense bureaucratic jungle they can face many challenges, such as the lack of a studio practice. Further affecting them are other deep forms of absence that touch on more existential questions.

Storytelling artists such as Ceren Oykut and Mustafa Pancar are confronted by the disruption of their artistic practices. While Oykut is widely recognized for her drawings, Pancar comes from a traditional background in figurative oil painting. At once critical and humorous, both artists depicted everyday life of the city and its inhabitants in their previous work in Istanbul. But in an unfamiliar context, where the language is foreign and social lives are not fully formed, is there still room for story telling? When the news from home is devastating and new ground has yet to be discovered, where can one start? After a period “speechlessness” they are recuperating their artistic languages in new and unexpected ways.
Being a foreigner can sometimes be situationally and socially alienating. A position of what seems like emotional isolation, accompanied by the absence of social ties can clear space for introspection and existential reflection, like in the photographic series by Ece Gökalp, and in the filmic images of Ezgi Kılınçaslan. In her series on broken trees from Berlin’s forests, Gökalp focuses on capturing melancholic beauty. Because she feels like she belongs to two cities two heres at the same time she combines these tree portraits with portraits of people in Istanbul.

Kılınçaslan is concerned with death and what remains after one departs, if there is anything physical, any imprints, footsteps, or perhaps something left behind by a formerly physical presence. At the same time, she raises the question of identity––more precisely, the transition from life to its ultimate other, death,  where identity no longer matters. In these circumstances, belonging to a nation, religion, cultural group, or gender becomes irrelevant, and being identity-free becomes not only valuable, but the only way to meet eye to eye.

The video series by Özlem Sarıyıldız is driven by self-reflexion. Starting from her own experience as someone who had left Turkey recently due to the developments of the last years, she interviewed other newcomers about their thoughts and experiences and mounts them to a dense collage of migratory experiences where it is unclear where one story ends and the other begins.

Contemporary dancer Lerna Babikyan developed a new piece in which she thematizes the roots that people grow in their home country and the ones grown in a foreign country. She drew a dense net of references that in the end resembles the spiral a symbol for grand concepts like evolution, life, consciousness, and creation.

As many reasons as there are for making the move from Turkey to Berlin, and perhaps as diverse and personal as experiences are during such a process of re-settlement, common ground can still found when sifting through the narratives of the many lives involved in these recent transitory undertakings. For artists, it also implies a nearly inevitable shift in their artistic practice and in the outcome of their works, that many might call their Berlin Works. 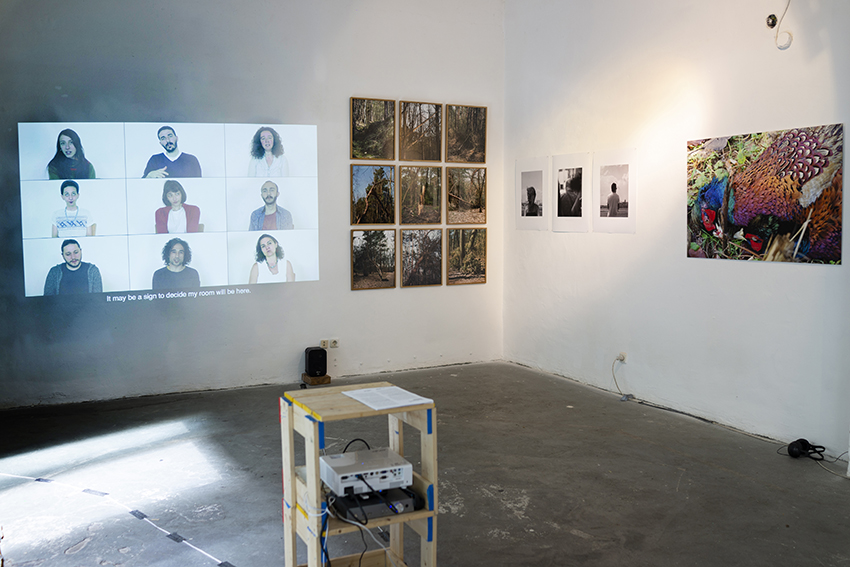